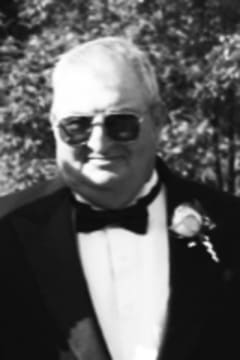 Ronald "Jay" J. Spacht, Sr., age 82, of South Ripley, N.Y., passed away on Tuesday, April 14, 2020, at his residence. He was born on Dec. 22, 1937 in Mina Township, N.Y., the son of the late Joseph and Dora (Enlich) Spacht.
Jay graduated Sherman Central High School in 1958 and served in the United States Army and Army Reserves in transportation. He was formerly employed by Electric Materials "TEMCO" as a grinder for 36 years. Jay was a member of the North East American Legion Post 105, Family Camper and RV Club, and the Star Gazer Club.
He was also one of the last original members of the South Ripley Fire Department which he proudly served for 40 years.
Jay enjoyed camping with his family, building birdhouses and driving around on his tractor.
He was preceded in death by his parents; brother, Edward Joseph Spacht and sister, Sara "Sally" L. Smith. Jay is survived by his wife of 58 years Elma (Sewell) Spacht whom he married Sept. 15, 1962; son, Ronald J. Spacht, Jr. (Pam) and grandson, Ryan of Landisburg, Pa. and Robert "Bob" Spacht (Jamie) and grandson, Jonathan, of Sherman, N.Y.; brother, William Spacht of South Ripley and several nieces, nephews and cousins.
Private funeral services are being handled by the William D. Elkin Funeral Home, 65 South Lake Street, North East.
A Celebration of Life will be held at a later date. Private interment St. Gregory Cemetery. In lieu of flowers memorials may be made to the South Ripley Fire Department, 10268 NE Sherman Road, Ripley, NY 14775.
Please send condolences to elkinfh.com.

Please share a condolence, photo or memory of Ronald "Jay". We welcome all condolences that are positive and uplifting that will help family and friends heal.