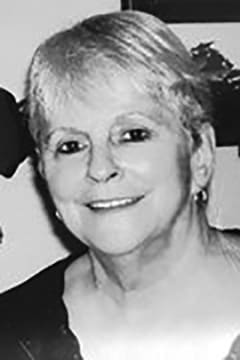 Penny L. (Tarr) Schwab, age 78, of North East, passed away on Friday, April 24, 2020, at UPMC Hamot. She was born on Dec. 29, 1941, in Erie, Pa., the daughter of the late Lawrence Edward and Evelyn (Serene) Tarr.
Penny graduated Harbor Creek High School and was formerly employed by Children's Hospital, the North East Breeze and was a home health care worker for several years.
She was a member of the Park United Methodist Church. Penny was a warm hearted, caring, loving person who enjoyed laughter and spending time with family.
Her biggest accomplishment in life was raising her eight children.
She enjoyed reading books, camping, bird watching and playing Bingo with her friends at College View Manor.
Penny touched so many lives and will be sadly missed by everyone who had the privilege of knowing her.
She was preceded in death by her parents; a son, Edward P. Schwab; and sisters, Peggy Urmann and Patricia Haglund.
Penny is survived by her sons, Richard Schwab of Mo., Raymond Schwab of North East, Robert Schwab (Maria) of N.J., Martin Schwab of Calif., and Ted Schwab (Tina) of North East; daughters, Dee King (Dan) of North East and Tina Boniconti (Rich) of North East; grandchildren, Mary, Katie, Julie, Chrystal, Brad, Amanda, Justin, Megan, Mackenzie, Zachary, Nicole, and Ricky; 11 great-grandchildren; and several nieces, nephews and cousins.
Penny's family would like to express their heartfelt gratitude to Jodi Vargo and Lori Otto-Smith for their care and professionalism.
In lieu of flowers memorials may be made to Shriners Hospitals for Children,1645 West 8th Street, Erie, PA 16505.
Private funeral arrangements are being handled by the William D. Elkin Funeral Home, 65 South Lake Street, North East.
Due to the pandemic a memorial service will be announced at a later date.
Please send condolences to elkinfh.com.

Please share a condolence, photo or memory of Penny. We welcome all condolences that are positive and uplifting that will help family and friends heal.