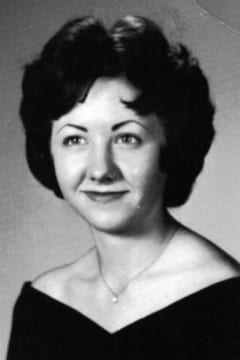 Bernardine Rose (Kwitowski) Coleman, age 74, of Erie, passed away on Wednesday, March 25, 2020, at St. Vincent Hospital. She was born on May 8, 1945, in Erie, Pa., to the late Walter and Mary (Majerik) Kwitowski.
Bernie graduated from McDowell High School and was formerly employed by Verizon as a phone operator. She enjoyed dinner gatherings with her fellow Verizon retirees and loved spending time with her family and dogs, Oscar, Oliver, and Blue.
She was preceded in death by her parents; and a brother, Ronald Kwitowski.
Bernie is survived by her daughters, Michelle Gray (Daniel) of North East and Dawn Marie Bennett of Irvine, Calif.; brother, David Kwitowski; and grandchildren, Brandon Gray stationed in South Korea, Garrett Gray (Kaylee) stationed in New Jersey, Alexis Coleman of Lawrence Park, and Logan Gray of North East.
Private funeral arrangements are being handled by the William D. Elkin Funeral Home, 65 South Lake Street, North East. Private interment will be held at Calvary Cemetery.
Memorials may be made to the Erie Humane Society, 2407 Zimmerly Rd., Erie, PA 16506.

Please share a condolence, photo or memory of Bernardine. We welcome all condolences that are positive and uplifting that will help family and friends heal.