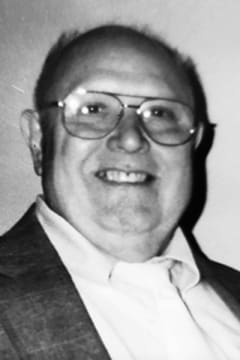 William “Bill” George Bausum, age 82, of Westfield, N.Y., passed peacefully, at home, on Saturday, March 28, 2020. He was born on Dec. 21, 1937, in Dunkirk, N.Y., to the late George Norman Bausum and Opal Young Johnson.
Prior to his retirement, Bill was employed by Smith Meters for 24 years. He was a member of the Westfield Moose Lodge #517 and the Erie Siebenbuerger Club.
He was also a motorcycle enthusiast.
He is survived by his companion, Ruth Carris of Westfield, N.Y.; son, George (Roxanne Badieme) of Westfield, N.Y.; daughter, Annette (Raymond) MacDonald of Westfield, N.Y.; sons, Lucky (William Jr.) (Cheri) of Cholchester, Conn., Richard (Toni) of Hamlet, N.C., and Thomas of Jamestown, N.Y.; ten grandchildren and six great-grandchildren.
In addition to his parents, he was preceded in death by brothers, Glenn T. Bausum (infant) and Donald Paul Philips; along with sister, Ruth (Philips) White.
A celebration of life will be held once the pandemic has subsided.
Memorials may be made to Westfield Babe Ruth, 6 West Campbell Street, Westfield, NY 14787. Funeral arrangements are being handled by the William D. Elkin Funeral Home, 65 South Lake Street, North East.

Please share a condolence, photo or memory of William "Bill". We welcome all condolences that are positive and uplifting that will help family and friends heal.