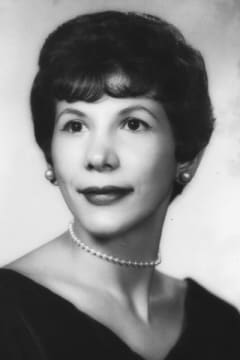 Roselle Marie (Jambers) Onorato, age 88, of North East, peacefully passed away on Sunday, May 10, 2020 at her residence.
She was born on March 18, 1932 in Erie, Pa., the daughter of the late Russell M. and Florence (Guarino) Jambers.
Roselle graduated North East High School in 1949 and furthered her education at a secretary school earning a degree in Secretarial Skills.
Throughout her professional career, she was a former secretary to the Top Executives at United Oil Company, Director of Hamot Hospital, President of Litton Industries, and several Executives at General Electric in Erie, retiring in 1994.
Roselle was a beautiful woman who had an impeccable sense of style. During the 1970's, Roselle owned and operated Fashions by Roselle located on 38th Street in Erie and was known as having the first Volkswagen in Erie.
She was a member of the Squaws & Paws and Perry Square dance group. Roselle loved Ballroom dancing and Square dancing with her husband for several years.
Roselle enjoyed playing piano, flowers, pinochle and spending time with her family and Siamese cat, Kiam.
She is survived by her loving husband of 58 years, Clarence David "Scrappy" Onorato; a son, Jeffrey Onorato (Diane) of Labelle, Fla.; four grandchildren and six great-grandchildren.
Private funeral arrangements are being handled by the William D. Elkin Funeral Home, 65 South Lake Street, North East. Private interment will be held at North East Cemetery.
Memorials may be made to the Alzheimer's Association, Erie Chapter, 1600 Peninsula Dr. suite 15, Erie, PA 16505.
Please send condolences to elkinfh.com.

Please share a condolence, photo or memory of Roselle. We welcome all condolences that are positive and uplifting that will help family and friends heal.