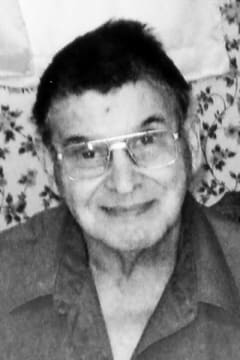 Robert L. Eldridge, 88, of North East, passed away on Wednesday, April 29, 2020 at his residence.
He was born on May 14, 1931 in North East, Pa., a son of the late Exie (Worley) Eldridge.
Robert served with the U.S. Army during the Korean War.
He was a member of the Immanuel United Methodist Church in North East and prior to his retirement was employed by Tanner Manufacturing, Ridg-U-Rak and Five Star International.
Robert is survived by his wife, Sharon Louise Eldridge; one daughter, Bonnie L. Moore of North East; three grandchildren, Cody Alexander Moore, Brittni Rochele Collins and Cameron Gregory Collins.
He was preceded in death by a daughter, Rebecca Dee Collins; one brother; Kenneth Eldridge and two sisters; Reva Patton and Dorothy Gragson.
In accordance with CDC guidelines, funeral services and burial will be private. Funeral arrangements are under the care of the W. Tad Bowers Funeral Home, 92 S. Lake St., North East, PA.
In lieu of flowers, memorials may be made to the North East Fire Dept., P.O. Box 559, North East, PA 16428.
To send condolences, please visit www.bowersfuneralhome.com.

Please share a condolence, photo or memory of Robert. We welcome all condolences that are positive and uplifting that will help family and friends heal.