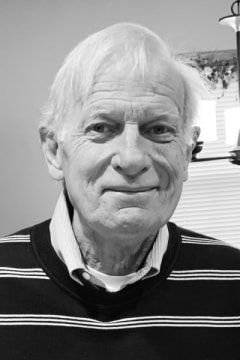 Ralph "Jim" James Williams, 69, of North East, passed away on Friday May 15, 2020 at his home.
He was born on May 20, 1950 in Corry, Pennsylvania, the son of the late Ralph C. and Alice (Damon) Williams.
Jim graduated Clymer High School and Alfred University earning a Bachelor’s of Science degree in Ceramic Engineering, which led to a career at General Electric.
He, along with his father, owned and operated Williams Blue Lantern in French Creek, New York.
Jim was a member of the Edwards Chapel and enjoyed spending time with family, friends and watching the Buffalo Bills and Cleveland Indians.
To his friends he was affectionately referred to as Jimbo. He believed that friends that felt like family were the best kind of friends and he was blessed with many.
He is survived by his wife of 49 years, Lynda (Cummings) Williams whom he married January 30, 1971; sons, Derek Williams (Amy) of Elkton, Md. and grandson, Killian, and Ryan Williams (Jannine) of Arlington, Mass. and granddaughter, Leah; a brother, John Williams (Tori) of St. Helena, Calif.; sisters, Mary Beth Stockton of Erie and Susan Coburn of French Creek, N.Y.; sister-in-law, Lisa Kay Hornung of Bel Air, Md. and several nieces, nephews and cousins.
Private funeral arrangements are being handled by the William D. Elkin Funeral Home, 65 South Lake Street, North East.
Private interment will be held at North East Cemetery.
Memorials may be made to the Community Nursing Services of North East, 7 Park Street, North East, PA 16428.
Please send condolences to elkinfh.com.

Please share a condolence, photo or memory of Ralph "Jim". We welcome all condolences that are positive and uplifting that will help family and friends heal.