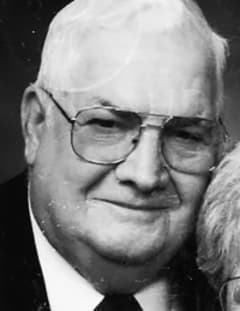 John H. Ditch, age 92, passed away on Saturday, Jan. 18, at Twinbrook Health Care. He was born on July 13, 1927, in Cool Run, Pa., the son of the late George and Elizabeth (Phipps) Ditch. John served in the United States Navy during World War II and was later employed by Templeton Energy.
John was a member of St. Gregory's Church and was past president of the North East VFW #4789.
He enjoyed playing bingo and going to the casino.
John was formerly a racecar driver in the ARCA series, racing all over the country including Daytona. Locally, he raced his car "U2" on the dirt tracks.
John was preceded in death by his brothers; William and George Ditch and a sister, Jean Gaydosh.
He is survived by his loving wife of 43 years, Vera (Janicki) Ditch; son, James W. Ditch (Debbie) of Ripley; grandchildren, Kim Doyle (Bill) and Jay Ditch; five great-grandchildren; two great-great-grandchildren; a sister, Betty Newkirk of N.C.; sister-in-laws, Larue Ditch of Ohio, Virginia Ditch of Erie; special nephew, David Gaydosh; two step-daughters, Rita Bahm (Jim) and Eileen Hoderny (John) of North East; nine step-grandchildren, 12 great-grandchildren and three great-great-grandchildren.
Friends may call at the William D. Elkin Funeral Home, 65 South Lake Street, North East on Saturday, Jan. 25, at noon until time of a memorial service at 2 p.m.
Officiating the service will be Father Thomas Brooks. Memorials may be made to the McCord Memorial Library, 32 W. Main Street, North East, PA or to a charity of one's choice.
Please send condolences to elkinfh.com.

Please share a condolence, photo or memory of John. We welcome all condolences that are positive and uplifting that will help family and friends heal.