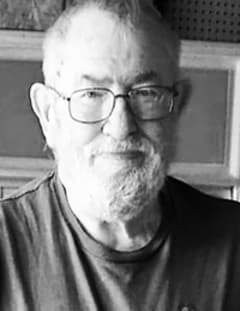 Henry L. “Butch” Thompson, Jr., age 70, of Harborcreek Twp., passed away peacefully at his residence, surrounded by his family, on Thursday, February 6, 2020, following an extended illness. He was born in Erie on May 28, 1949, son of the late Henry L. Sr. and Alice (Seely) Thompson.
Butch was Vietnam War veteran having honorably served in the U.S. Army.
He was employed by the former International Paper Co. for many years prior to his retirement. Butch was a member of Perry-Keystone Lodge #392 F. & A.M. where he had served as a Past Master.
He was also a member of the American Legion Post #340 in Pensacola, Fla.
Butch was an avid hunter and enjoyed golfing.
In addition to his parents, Butch was preceded in death by his first wife, Peggy Thompson and his second wife, Mary Thompson.
Butch is survived by five children, Henry L. Thompson III, John L. Thompson, John H. Thompson, Jamie Goldstrohm (David) and Rayna Thompson; three brothers, David Thompson (Deb), Mark Thompson (Pat) and Daryl Thompson and many grandchildren, great-grandchildren, nieces, nephews and cousins.
Services were held at the Dusckas-Taylor Funeral Home & Cremation Services, Inc., 5151 Buffalo Rd. (at Hannon Rd. in Harborcreek Twp.)
The American Legion, Carl Neff Post #571 Military Honor Guard rendered full military honors. Memorial contributions may be made to the Wounded Warrior Project, P.O. Box 758516, Topeka, KS 66675-8516.

Please share a condolence, photo or memory of Henry. We welcome all condolences that are positive and uplifting that will help family and friends heal.