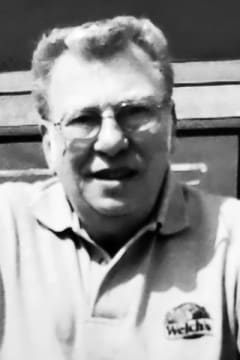 Frederick P. Miller, 81, a resident of Findley Lake, New York, died Tuesday, April 7, 2020 at Cambridge Corry.
He was born May 2, 1938, in Sunbury, Pa., son of Charles Raymond Miller and Maryann Ruggles Miller.
Fred was raised and educated in Renovo, Pa. He moved to Findley Lake, and worked at Welch's in North East, Pa., for 35 years. He was a member of Teamsters Local 397. Fred also belonged to several clubs in Corry and North East. He enjoyed eating at Davis' Country Kitchen at Colt Station, and loved telling his humorous stories to anyone who would listen.
Fred was preceded in death by two sisters, Mary Catherine Young in 1993, and Sally Jane Becker in 2017.
He is survived by two brothers, Charles R. Miller and his wife Trudy of Findley Lake, N.Y., and Timothy H. Miller and his wife Janice of Corry, Pa., and Phoenix, Ariz.
He is also survived by nieces; Erin Miller, Janna Dwiggins, Becky Bender, Robin Clark, Heidi Johnson; and nephews, Tim Miller Jr., Keith Miller, Craig Miller, John Becker and Stanley Croak.
Fred's family would like to express their sincere appreciation to the staff of Cambridge Corry and Community Nursing Services of North East for their wonderful care.
Due to the current situation, the family will be having a celebration of life at a later date.
Interment will be at Mina Cemetery in Chautauqua County, New York.
Memorials may be made to Community Nursing Services of North East, 7 Park St., North East, PA 16428.
Arrangements are under the care of the Bracken Funeral Home Inc., 315 N. Center St., Corry, Pa.
To sign the guest book or send condolences, please visit www.brackenfh.com.

Please share a condolence, photo or memory of Frederick. We welcome all condolences that are positive and uplifting that will help family and friends heal.