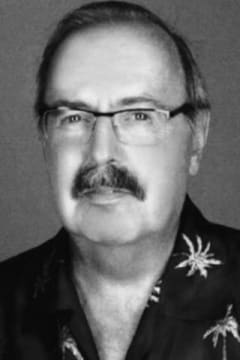 Frank L. Sturgeon, 68, of North East, died Monday, May 4, 2020 surrounded by his family in the comfort of his home.
Frank was born on Sept. 17, 1951, in Harrisburg, Pa., the son of the late Earl and Jeanne (Wolf) Sturgeon.
Graduating from Central Dauphin East High School in Harrisburg, Frank moved onto college, earning a BS degree in Health Science at Slippery Rock University. There he met his wife, Nancy.
Frank and Nancy were married on August 31, 1974. Moving to the Erie area, they settled in North East and raised two children.
Frank did substitute teaching in Erie and spent his 42-year career working in the manufacturing industry as a CNC machinist.
Frank also coached baseball at NE Little League.Loving Lake Erie, Frank enjoyed fishing on his boat and cruising on his Sea Doo. He was a family man who enjoyed watching his children and granddaughter in their activities. A talented DIY, Frank could meticulously design and construct, turning his house into a cherished home.
He is survived by his wife, Nancy; daughter, Kelly Craven (Steve) of North East; son, Christopher Sturgeon (Heather) of Wadsworth, Ohio; and granddaughter, Annina Sturgeon. Frank's family wishes to express their heartfelt gratitude to the Community Nursing Services of North East, especially Ashley, for their care, support, and professionalism.
Private interment will be held at St. Gregory Cemetery.In lieu of flowers, memorials may be made to the Community Nursing Services of North East, Hospice, 7 Park Street, North East, PA. 16428. Private funeral arrangements are being handled by the William D. Elkin Funeral Home, 65 South Lake Street, North East.
Please send condolences to elkinfh.com.

Please share a condolence, photo or memory of Frank. We welcome all condolences that are positive and uplifting that will help family and friends heal.